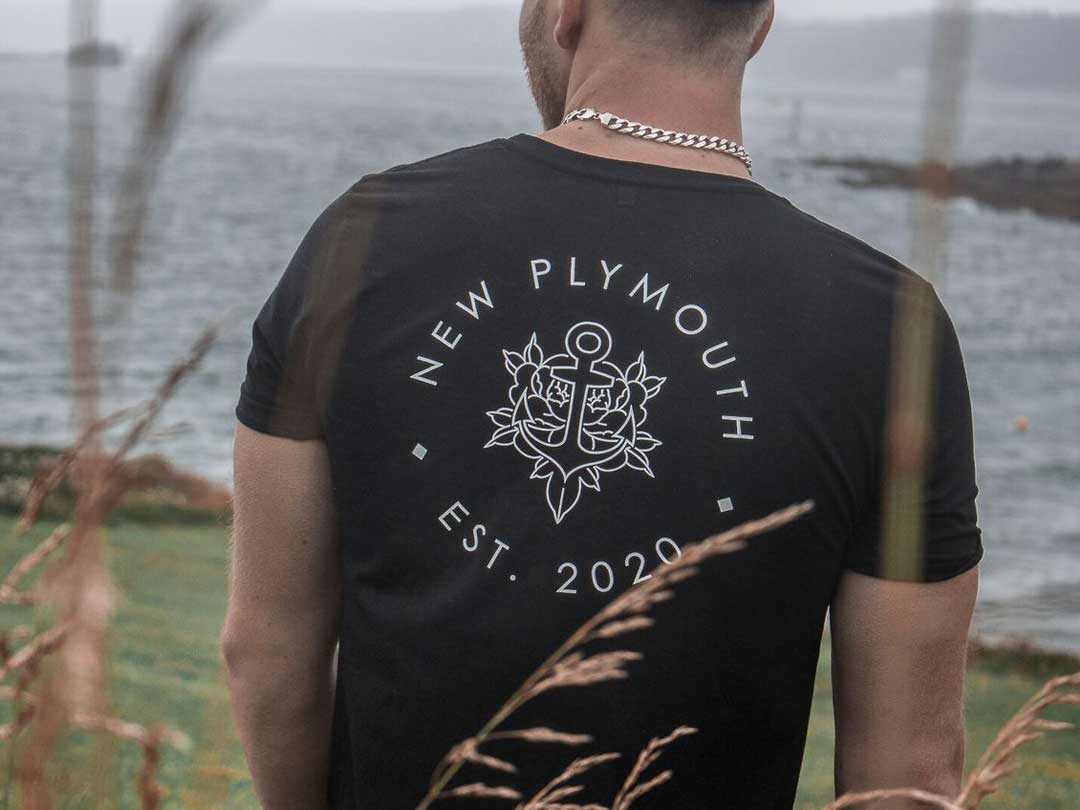 Plymouth was a brand long before we started in business. Car maker Chrysler started a brand called Plymouth in 1928 and Plymouth Gin has the oldest working gin distillery in the world. We’re proud of our brand identity and hope to stay based in Plymouth.

We are based in Plymouth to make the most of our partners Makers HQ and the talented staff they employ in the former Jaeger factory building. Our first run of garments is being produced by their expert hands in September 2020 and we launch these when British summer time begins in 2021. We had a good final production meeting yesterday to tweak the design based on comments from the business owners that have been road testing the samples. We’ve also sourced a British supplier of cotton twill with weatherproof qualities to beat off our island weather when it turns.

Sadly Britain is an island again now we’re leaving the EU – what are we going to do now? Britain is also emerging out of lockdown and new small businesses like ours are launching and existing ones are being very creative – how can we celebrate this? Britain needs a strong new identity. Our brand is symbolic not just of Plymouth where we’re based but of the whole island nation we live on.

This is what Wikipedia says about the image of the Peony flower that forms the background of our logo:

“Peonies are a common subject in tattoos, often used along with koi-fish. The popular use of peonies in Japanese tattoo was inspired by the ukiyo-e artist Utagawa Kuniyoshi‘s illustrations of Suikoden, a classical Chinese novel. His paintings of warrior-heroes covered in pictorial tattoos included lions, tigers, dragons, koi fish, and peonies, among other symbols. The peony became a masculine motif, associated with a devil-may-care attitude and disregard for consequence.”

That may be tradition but we prefer to think of our Peony as a symbol of soft power, something Britannia has always had! The masculine element in our branding is from the anchor, here’s what Wikipedia has to say about that:

“Sailing cultures tend to be rich in traditions. Over time, tattoos became one of the more popular traditions among mariners. Tattoos became a graphic language and a way for sailors to express themselves through body art, as well as a means of visually identifying with a broader social group. The purpose of sailor tattoos was also to record important events or experiences such travels, achievements, naval hierarchy, rank, status, membership, and/or any other significant event in life.

An example of a popular symbol in sailor tattooing is an Anchor which historically indicated sailing across the Atlantic.”

What does the brand mean to you?